There has been a lot of talk recently about culture and it’s importance when creating organisational identity,  but there are two ways I see for an organisation to create a culture.

I was once told a story of how the British and US army engineers take two different approaches to footpath planning when creating their bases. 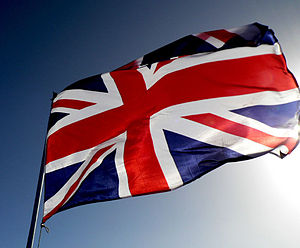 The British planned in advance and they laid the footpaths to a defined route and the soldiers were required to follow the specified paths, and were corrected if they didn’t. 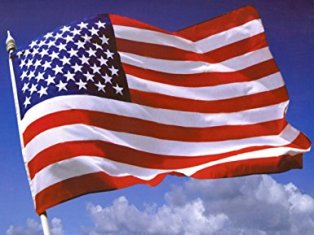 The US engineers on the otherhand would delay laying the footpaths until the base was in use, they would observe the routes taken and where the soldiers walked and would lay the paths when the preferred routes were clear.

The belief (or so I was told) was that people will find the most efficient route on their own.

Each has it’s own merits, and is itself likely a reflection of the culture of those two organisations.

A deliberate culture or a reflective culture

I see this as being very similar to a company’s culture. You have two main choices: either you decide the culture you want, you lay it out and then make decisions that reinforce the path you set. This means hiring practices, rewards, punishments, recognition, and everything in between, you continue to do this until the normal behaviour is to follow the path set.  Your culture is by your design. But to get the culture you want requires a lot of correcting of behaviour until it happens.

There are problems with both of these, choosing a deliberate culture that goes against some of your natural tendencies or is unrealistic can lead to it not being followed and the result is that you claim one culture but actually have another, this can be very damaging especially to those that believe in the defined culture.  If you follow the rules but others get ahead by other means it can be corrosive.  A lack of defined culture can also bad as there is no safety check on poor behaviour, left unchecked it quickly becomes the norm and then it becomes your culture, which is the case for women in IT.

One great example could be seen with Women in Tech, where most companies would say their culture does not set out to exclude or marginalise women, but without a deliberate culture to seek out diversity we have allowed the lack of diversity to become the normal state and for the culture to be one that unintentionally discouraged or excluded women. Often evolving from small companies that have grown by surounding themselves with like minded individuals. Unconsciously biased towards those similar to them.  It will take time and effort and a deliberate culture to break through some of those barriers we have created over the years.

But this is seen in all aspects of an organisation, if your culture tolerates something for long enough, maybe because it is easy to ignore when small, it can become a much larger issue when you grow.  If you are not explicit about the culture you want then you may not be able to shape the culture you have. In larger organisations sub-cultures can form in different areas and this can be even more damaging, without a clear global culture factions develop and the inconsistencies undermine the larger whole.

One of the reasons that Agile Transformation is so hard is because it is a culture change rather than a process change, you are defining a new culture and that will not happen overnight. All the previous actions that were normal, the rewards, the metrics the measurements are very hard to undo.  Empowering people to be self-organising when they have only known command and control will take a while to adjust.  I believe this is why so many agile transformations are unsuccessful, some processes are changed but there is no desire or will to change the culture, there is a general wish to change to Agile without actually changing.

The solution in my opinion is to do a little of both.  Be aware of the culture you want and be explicit about it, shout it from the rooftops, and repeat it and repeat it and repeat it, until everyone in your organisation knows you mean it and you believe in it, be clear where you aspire to be. This will still take a very long time to have impact.

But also be aware of where you are now, the unwritten culture you have now is just as strong and just as real. Be especially aware of the behaviours that your culture currently has that you are not happy about.  If you are honest about your weaknesses and failings you have a far better chance of changing. Seek out and coach those that are not behaving the way you aspire to be, remember they behave that way because it is your culture.

Culture change wont happen overnight but that doesn’t mean you shouldn’t be intollerent of any behaviours that don’t reflect the culture you want.