I occasionally get asked why and how I became an Agile Coach and whether it is a fulfilling role. When I began my career I certainly had no intention or expectation to be here, I was a software developer, I loved writing code and like most developers I wanted to create something that made a difference.

What followed was 15 years of… I want to say frustration but that is unfair because I generally loved my work and got to create some great software, but I always had this belief that there was a better way, a more effective way to get the job done, I dabbled in project management and team management believing I could do better than those I had worked for in the past.  My problem and I suspect it is a very common problem is that I spent a lot of effort trying to do my job better, to be more efficient, more effective, to deliver more etc. etc. It turns out that was wrong and I was wasting a lot of effort and not getting the results I expected. 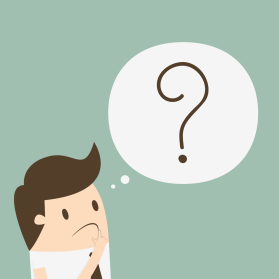 And then quite by accident (and for all the wrong reasons) I stumbled on to Scrum. I was running a software department and we were forever fire-fighting and I saw Scrum as a tool I could use to control the workflow and manage the demands on the team. It worked, and in the breathing room it created I was inspired to look deeper, beyond Scrum to Agile, and then Lean and Systems thinking and the Theory of Constraints and then I saw it. I felt like I had discovered the meaning of the universe, and once you see it you can’t un-see it, you see it everywhere, it feels like it is staring you in the face.

There is nothing more deceptive than an obvious fact.
― Arthur Conan Doyle

Of course I hadn’t discovered anything, I had just opened my eyes and it was right there in front of me and it was so unbelievably obvious that it almost feels stupid writing this.

And it is this simple:

All we have to do is work on the thing that adds the most value and stop working on things that don’t add value.

Work on the thing that adds the most value and stop working on things that don’t add value.

So I said it was simple but it took me 15 years to start to understand it and nearly 10 years later I am still figuring it out, because whilst it is so simple that it should have been obvious all along, it is also remarkably difficult to do.

The primary problem is to understand what value is. figuring out your value stream in a system is key, and to be fair most businesses do this to some extent, but most individuals do not understand how they fit into the system they are in, nor do they understand how their local system fits into the big picture.

We cannot see the value we contribute to the system and when we don’t see what is most valuable, we do what we see as most valuable in our line of sight. Crazy as that sounds it is nearly always the wrong thing, optimizing for us nearly always optimizes against the larger system. The bigger the organisation the more this happens and the more inefficient it gets.

Another aspect is that so much value is obfuscated, it gets lost in opportunity cost which is invisible on balance sheets and yet is likely the biggest cost you pay when developing software. Or cash flow, leverage and return on investment, these are fundamental aspects of successful business but they are generally encapsulated and decoupled from the parts of the business that can impact them most – especially IT and software product development. Many projects get given budgets and time lines, which is a horrible way to run a business and it cripples cash flow, it also significantly limits investment opportunities and increases risk significantly.  But worst of all it delays delivering value.

So that is actually two problems, first is that we need to figure out what is valuable and then we have to communicate that to those doing the work.

In that sentence is the heart of being an Agile Coach, my role has become one of helping organisations understand their value stream, especially how software impacts and interacts with it, helping visualise that value and prioritise it and then to help communicate that to those that will create the software and deliver that value as quickly as possible.

Unfortunately the majority of the time is spent dealing with people that are just like I was, they are doing their very best to be as efficient and possible in their domain, simply because they cannot trace what they are doing to the value delivered.  So I spend much of my time doing my best to help them see that often what they are doing is at best not achieving anything useful and more often is actually damaging to the bigger picture. 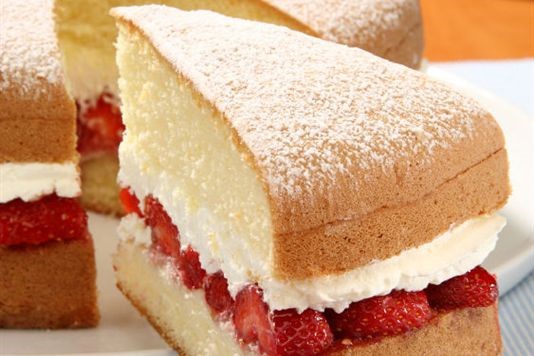 Let me give an example that a friend of mine shared recently:  My friend was baking some cakes for an event and needed to bake 10 cakes, but only had one oven. Her husband offered to help out and so she asked him to measure out the ingredients for the cakes in advance so that it would be quicker to get the next cake in the oven.

When she came to get the ingredients for the cake, they were not ready, her husband had optimised for himself and not for the goal.  He concluded it would be much more efficient for him to measure out 10 batches of flour then 10 of… etc.  after all he knew they would be needed later and it was quicker and far more efficient for him to do that than to do small batches and keep switching.

The result was that whilst he was being efficient for himself, the system grinds to a halt and must wait, his efficiency came at the cost of massive losses to value delivery (cakes baked).

Perhaps if he had understood the full picture, and how his contribution impacted the value stream he would have planned his work differently? He would have prepared one cake at a time even though it was less efficient for him. Together they would have reached the true goal more quickly.

But the funniest part of this story for me was that she was so frustrated,  she thought it was obvious, and he thought he was being efficient.  Those opposing view points are so common in this line of work.

When you see it, it is obvious but until you do it remains an enigma.

Why be a coach?

Now imagine that confusion on an industrial scale, a whole organisation of people conscientiously working hard in the belief they are being efficient but still struggling to deliver software, delivering software that is not what is wanted, features that are not needed, struggling with integration and so on.  Then this loony guy comes in and says that you might actually contribute more by being less efficient.  – I’m the loony guy and I love it.

Obviously there is a lot more to Agile than communication and value, but in my experience if you figure those out the rest falls in to place.

There are a handful of books that I repeatedly recommend, all of which display true Agility and yet to be contrary not one is about ‘Agile’

The Advantage by Patrick Lencioni

This talks about being clear in your goal and how to communicate it to your organisation, it is not quite as specific as I am hinting at in the article as we must delve deeper but it is an amazing book and the emphasis is on over-communication.

The Goal by Eli Goldratt

This book uses a production plant as a metaphor for delivering value to your customers. The emphasis is on the manufacturing equivalent of delivering working software, doing it regularly, and that delivery is not about development, OR production OR deployment it is about everything – essentially encouraging Dev Ops.  It also has a lot to say about the non-sense of Dev-Done and how the only Done that matters is to have it in your customers’ hands.

Read it!  This is hands down the best book on Agility I have ever read.  There are many others by this author all of which are great but this is my favourite.

The 5-Dysfunctions of a Team by Patrick Lencioni

I wholeheartedly subscribe to the Lencioni school of thought on many things (hence two books by him in this short list). On team building this is one of the best books out there, it describes the stages of team development, and you see this time and time again. Team dynamics are such a crucial part of agility and fundamental to success, this helps teams see those stages and is a great tool for helping teams bond.